The first 3D graphics card I ever bought...

I cannot even express the joy that this card brought and still brings me today. This picture very nearly brings tears to my eyes as I type this post. In the mid 90's I was a scrawny little asthmatic white boy who loved, truly loved, two things in this world, bb guns and computer games.

After pooling together unbelievable sums of money for a kid my age (I think I mowed my grandparents lawn ten times a day and washed cars as often as my family and neighbors would pay let me...), and months and years spent with my neighborhood friends gawking lustily at the glossy pages of PC Gamer magazine, I dialed into AOL and loaded the then primitive ebay.com. Sifting through various auctions my friends and I finally settled on a seller who was auctioning a delicately used 3dfx Voodoo Graphics PCI expansion card. Mine specifically was a Canopus Corp. Pure3D card with a special daisy chain adapter for attaching the 2D graphics chipset you already owned to the new 3d card and then to the monitor.

The 3dfx graphics chipset was the standard in 3d acceleration at the time. The beautiful little card that we all dreamed about boasted a whopping 4 megabytes of EDO RAM and a clock speed of 50MHz. The real reason for having this card was to play the new generation of 3d games that were being released, and there was one game in particular that paved the way for the rest.


So, what did your hard earned money buy you? 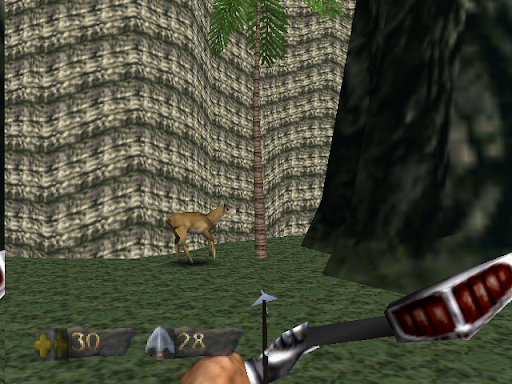 It got you the BEST GOD DAMN 3D GRAPHICS YOU HAD EVER SEEN! 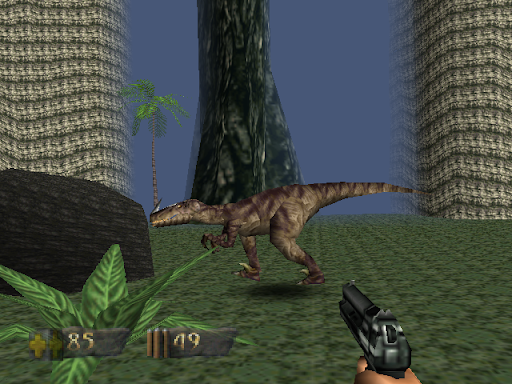 And it let you SHOOT MOTHER FUCKIN' DINOSAURS!!!

Truth be told, even with the brilliant new 3d accelerated card, the graphics performance was spotty in this game. Sometimes it worked well and sometimes it didn't. Maybe the computer was a few degrees too hot, or the transistor gods didn't favor you that day, but the game would occasionally load levels missing textures or you would encounter invisible models. No matter what though, this was the best and most promising time in my Electronics loving life.

Never since these days have I seen the true potential of computers quite as clearly. Computers were never meant to be the Facebook serving, soul sucking, time sinks that they have become today. Were they? Through those young eyes, given miraculous 3d vision by the Voodoo chipset, computers would someday be powerful enough to simulate anything, with no way to discern the mimic from reality. This was the same era when you could go to the mall and play in the virtual reality arcade machines for $45 an hour.

This was when the brand new Pentium architecture was making the impossible possible. When all you needed was a 56k modem, a Soundblaster, and a Voodoo card to be happy. Maybe a zip drive if you were really lucky, and a RAM boost if you had the spare cash. Taping over the write protect hole on AOL free trial floppy disks, and booting your computer into DOS just to play half your games. Simpler times.

Anyway, I know that many of you have a similar story. A story about when you finally crossed the line from computer owner to computer enthusiast. I hope that you enjoyed my little bit of romantic nostalgia.

Also, I would like to apologize to all of you who ended up here while looking for "Voodoo" the 1995 Cory Feldman direct to VHS horror film. Yeah, I know Cory Feldman is a Goonie, and that Goonies never say die... 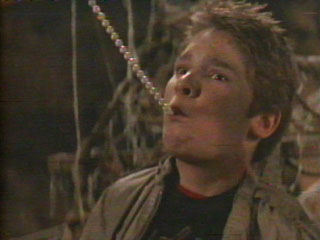