Welcome to 2013!
It's a new year and this means that your netbooks and old towers are another year older. The eternal struggle to maintain you hardware's relevance has crept on into another long year of recession. Someday you will have bags of money to buy something new, but for now you need to find a way to get that slow old laptop to feel a bit more springy. 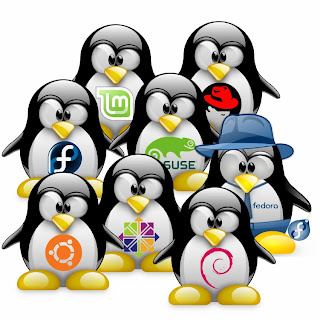 Not all Linux distributions are created equal. There are so many options to choose from and so many acronyms that it can be hard to get a straight answer on what the hell you should download!

If you do not have a graphics card in your computer, as is the case with many low end and older netbooks, then you need to stay away from distributions which use Gnome 3 or Unity. Unity 2d was an option in previous releases of Ubunut, but has been dropped from current releases. You have heard that there are other lightweight distributions, but don't know much about them or you haven't found any that are actually lightweight enough.

Well this year looks a lot like last year's lineup with one exception! A new minimal debian based distribution has stolen my heart and is being recommended as the first choice for linux fans who do not want to build and compile their own Arch distribution.

Read on to see the new year's recommendations!


One of the first things I want to get out of the way is the idea that Lubuntu and Xubuntu are still the light weight versions of Ubuntu. They are not. Both of them will require you to have a decent GPU if you want to run smoothly. The CPU and RAM specs are low, but you wont get a nice clean desktop environment or user experience using these.

Second, this guide is intended for people who are both beginners/intermediate Linux users, and are owners of low powered hardware. I am fully aware that there are lighter options on this Earth, but none are easy enough for beginners.
I want to provide a bridge for Windows users and perhaps people who have a little experience using Ubuntu. I picked options here which are viable for the guy who has a 5 year old laptop which ran Windows XP, but just cant cut it anymore. I want that guy to be able to install a distribution and not be immediately turned off to Linux.

With that in mind, I feel like the new addition to my recommendations this year is great for even experienced Linux fans. I have purposefully avoided Arch linux due to the steep learning curve required to build your own distribution.

Linux Mint 14
The best option for absolute beginners again in 2013, is Linux Mint 14 with the MATE desktop. 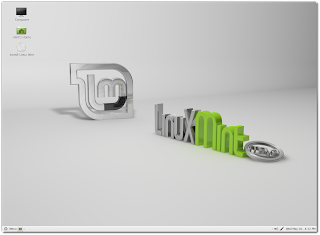 Mint will offer you a very modern and exciting desktop environment. The biggest complaint that people have when switching to Mint from ubuntu variants is that, "It's not Ubuntu." You might miss your Ubuntu colors and logos, but you will be happy with Mint's performance. It is quite nice knowing that you can jump right in with your familiar debian terminal commands and applications. You can still use .deb packages. It's great.

Mint 14 with the MATE desktop is designed to run on the same older graphics framework and the older version of gnome desktop. This means that you get less eye candy, but you also get smooth performance. The performance is really what you want in the end, and eye candy is useless if your graphics chipset cannot handle it.

I have always disliked Mint Linux... for no reason besides bias.
I have been using Linux Mint 14 on my netbook since last year and have been nothing but satisfied. This computer goes everywhere with me and handles 99% of my schoolwork.
Stop reading this and go download Mint 14! You will not regret it!

Note from last year's post: I did run into a problem installing Mint13 on an ancient Sony VIAO tower.

After last year's post I got a few suggestions from readers. Many of the suggestions were valid in that they provided a lighter and snappier OS than Linux Mint, but they were also lacking in eyecandy, friendliness, and sometimes in functionality. There was one suggestion however that I had not run across before, Crunchbang.

Crunchbang is not for everyone. It is slightly less stable than Linux Mint, and I list it on here for people who have at least a year or two experience using a debian based OS. If you used Ubuntu for a year, you are probably fine to use Crunchbang.

One of the coolest things about Crunchbang is the minimalist design! There is no traditional menu button to pull up launchers. Instead everything is opened via the right click context menu!

After your first boot you may feel a bit lost. No menus means that you have to explore a little to find what you are looking for.
I made the mistake of not taking advantage of Crunchbang's build in installation scripts at first.

By simply browsing the menu to the section on browsers you are asked if you would like to install some of the most popular names. Of course Crunchbang comes with it's default browser installed called Iceweasel. I like Google Chrome, so I installed that.

It is also noteworthy that I am writing this post as we speak. In the screenshot above you can look closely to see that I am running Google Chrome (3 tabs open and 7 extensions), KeePass2, My email client Claws Mail, and Dropbox. The processor and memory information are displayed on the screen and I am at 3% CPU & ~25% RAM. Not too shabby!

On top of all this Crunchbang is still built on top of Debian! That means you can still use all your familiar commands here, and everything will work as you would expect it to!

All in all I highly recommend taking a look at Crunchbang if you want a cool and eye catching distribution for your netbook or old laptop, but you also care about speed and comfort!

For the oldest and/or most under powered hardware

Puppy Linux
Puppy linux is my backup choice again for you this year. If your computer is so lacking in the hardware department that it cannot deal with Mint or Crunchbang, then install puppy linux. 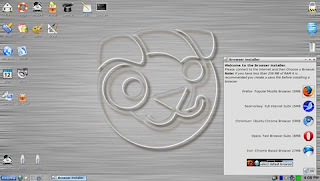 
What about those of us with awesome crossfire/sli $1600 graphics cards?


Well first off, kudos on the beefy hardware!

Many improvements have been made to the Unity desktop in Ubuntu 12.10 and I am sure that the upcoming 13.04 will feel great on your computing beast. With Ubuntu you will also have the opportunity to benefit from the upcoming Ubuntu mobile OS. This might not materialize for a while, but the development is definitely in the works over at Canonical.

Your decision as to which distribution is better, is really a matter of which camp you come down in.

For the beginner, who has no biases about unity, I suggest that you install the reigning Linux heavyweight champion; Ubuntu.
The software base for Ubuntu is very extensive and you have access to the Ubuntu software center, which is a very polished storefront!

If on the other hand you are a Gnome fan, then go with the Linux Mint 14 Cinnamon desktop. You will be able to use Ubuntu .deb packages and will still have access to the huge Ubuntu repositories. The only real difference will be the interface that you use.

I strongly recommend against trying to install Ubuntu and then manually remove the unity interface so as to replace it with Gnome. There are a few vague guides on doing it, and a few semi complete projects... but having tried several different methods I heartily recommend against it. Install Mint 14 cinnamon/mate if you want Gnome. If you are so keen to tweak your linux then install Arch and save yourself the trouble of dealing with zero documentation!

Here are a few more reviews of distributions that I tested as a result of user comments:
Some Other Linux Distros for Netbooks [April 2013]