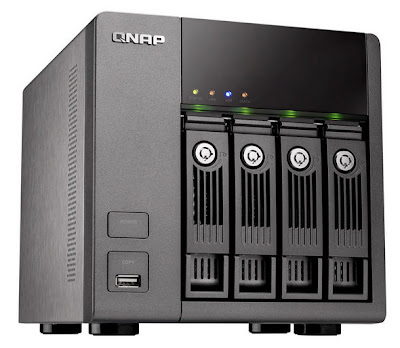 You might be considering building a NAS or a Home Server, but you are unsure what is right for you. It is important to first ask yourself exactly what you plan to do with your new toy.

A network attached storage device is a very specific type of server. It is designed specifically to host large disks for file shares and storage purposes. The processing capacity and memory are minimal in order to decrease power consumption. In this sense a NAS is generally considered to act as an appliance.

Many NAS devices are sold premanufactured such as:

As you can see however, the costs for storage space increase very quickly! They become far too costly for the impoverished tinkerer or casual home user even though this is their primary market.

There is therefore a large community base dedicated to NAS building.

A home server is capable of doing all of the things that a NAS can do and much, much more. With a more robust operating system and hardware it is generally a noisier and more power thirsty device. With this extra power and resources comes extra flexibility.

Not only is a full server capable of hosting file shares, but it can also host many other server functions.
There are two main options when it comes to server operating systems; those which are Linux/Unix based and Windows Home Server.

Since Windows Home Server is a for cost software, I am partial to the Linux based options. These are extremely varied and functional. WHS is certainly powerful but the same functionality can be had from free and open source Linux options.

Most servers are based on linux for this reason; among others. Google's servers, facebook, many university servers, and too many more to count.

The question you must ask yourself then is easy. How much functionality do you want to leave on the server and how much can you place on a desktop or other client terminal.

Is it more convenient for you to have a hands free setup with web based gui, or do you want your applications to be based in the desktop os with which you are already familiar?

Finally, how concerned are you with power consumption?

A word of advice:
I currently use a server based on freeNAS 7.2 to much success. freeNAS is designed to be used for file sharing and some minor server functions. The process of building and pushing it to its limits has given me many insights. I am quite happy with the function of the freeNAS operating system, but have in fact reached its limits. Were I to build a new server today I would choose a full server OS; most likely Ubuntu Server.

Stay tuned for further posts concerning server builds and some of the great projects that can be tackled!
Read on for detailed instructions on installing and configuring nas4free, formerly known as freenas!

The Most Detailed Guide to Building a Simple NAS

Posted by Matt at 5:14 AM
Email ThisBlogThis!Share to TwitterShare to FacebookShare to Pinterest
Labels: freeNAS, how to, linux, NAS, nas4free, networking, Server, storage, Ubuntu