You have a sweet ass media server, containing all of your ripped blue-rays, DVDs, laser-disks, and other now defunct forms of physical media.
Your awesome $5000 toy can handle 15 terabytes of redundant data and can push ones and zeros at gigabit speeds across your home network.

How do you watch all that sweet, sweet TV goodness?
On your laptop? Lame...

The theory is great, build a media server to hold all your videos and music. Then play them on the TV using a computer!

The problem here is that a computer can become run down, glitchy, and generally overtasked.

HTPC novices choose to save money by using their main computer as a media device part time.

In my opinion, you shouldn't bother with a multipurpose pc attached to the TV. I'm not going to bother with convincing you. I've been there, I've done it, I'm broke too, but you really ought to just let it go. Build a dedicated home theater pc and save yourself the trouble.

For many, the ideal situation is to simply purchase a small nettop computer for a few hundred dollars. This allows you to avoid the hassle of trying to design a space saving solution. It also allows you to avoid any stability issues on jailbroken hardware or developer boards.

The long time reigning champions for nettop htpc are the asus and acer designs which include nvidia ION graphics, HDMI, and are sometimes paired with remote mouse keyboard combo's.

The main issue with these devices is cost. You are reading hobo-geek, not some blog written by a guy that can afford a $500 set top box! Really, at ~$500 a pop, these small pc's are an option only for people who have deep, grown up pockets. For the average post-college adult, these will be too expensive. If you are still interested in using this type of device, check out Lifehacker's very outdated post on just such a machine.

Building is going to be the next best option. The benefit to building a great little HTPC is that you get to pick and choose exactly what you want! If you have never built a computer before, fear not! The process is actually very pain free these days.

For an HTPC, the goal is to create a small power efficient design which blends into your media center. It shouldn't look like a computer, have a keyboard, or do anything except cool TV stuff.

To accomplish this you should pick a low power motherboard and cpu combo, a small case, an old hard drive, a little bit of memory, and find a way to control it from the couch.

A quick search on Newegg yielded some good results:

This equipment should be able to decode 1080p H.264/MPEG-4 without stutter! As previously noted, you can add a giant hard drive if you want. Giving you the option to store media directly on the htpc itself rather than streaming it from the internet or your server. This type of expandable design makes the custom htpc a great choice. If you are trying to save money you can build a basic model and slowly upgrade it by adding things like a blueray drive or a cable card!
As for the OS, I recommend using something light! The faster it boots, the more your htpc will feel like a real appliance! OpenELEC is a great choice for many hardware configurations. If your hardware is unsupported, then I recommend the XBMCbuntu build (previously XBMC live). It is a bit heavier than OpenELEC, but it has greater compatability.

The next option is slightly cheaper, but requires a sacrifice in terms of performance and effort on the part of the builder.

The apple tv 1 is a good option if you take the time to find one on ebay and upgrade it with a crystalHD card. I haven't had the time or money to try this exact build, but I have been told that they are far more stable than the atv2.

I have posted before on jailbreaking your Apple TV 2 using seaso0npass. The follow up post shows you how to install XBMC, and leaves you with a very cool little htpc for $99.

The main issue with this setup is stability!
The XBMC team does everything it can to keep everything running smoothly, but you have to remember that Apple doesn't want anyone jailbreaking their hardware. This means you will have to constantly battle to keep your device running. I have restored my atv2 five or six times due to random unpredictable crashing. Not only that, but somehow an apple update forced its way in a few months ago and I was stuck with a device that suddenly couldn't be jailbroken!

Conclusion: This is a great way to go if you are comfortable with cli, ssh, and constant database rebuilds. I highly recommend setting up your XBMC database on an SQL server if you are using an apple TV!

This is really the future of HTPC design! Small, low cost, ARM based devices. These little boards have high def output over HDMI and enough guts to seamlessly decode h.264. They are low cost and have a huge developer community. This means that there are countless guides documenting various project ideas! You cannot lose!

The Rasberry Pi is a UK based project which aims to bring a $25/$35 ARM based computer to the masses!

I have ordered one of these for myself, but it is still making its slow voyage across the Pacific. When it arrives, you can count on seeing a review in full detail!

Before the announcement of the rasberry pi, the beagle board was going to be the savior of cheap computing and cheap htpc's. Unfortunately the development hasn't really been in the media much lately. I recall reading a few blogs about developing XBMC for the beagle board, but it has been a while.

I admit freely that I know less (aka. nothing) about the beagleboard than any of the other options listed here.

I am pretty excited about this board! Like the Rasberry pi it is cheap and has mainstream functionality in mind. I like that it will be neo-itx compatible so a case should be easy to find. The biggest letdown is the 720p maximum output. In all honesty, no one can complain about 720p video on a $50 board, but with the $35 rasberry pi giving us 1080p on less impressive hardware, it is easy to feel let down.
When this becomes available for sale I might try to pick one up and do some testing with various front end solutions for my media server! 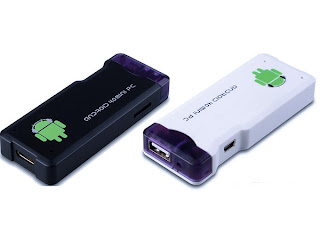 Pros:
Cons:
This little guy is looking pretty great! It's about as powerful as a mid 2010 smart phone and has pretty decent specs for such a small cheap device. As the price is slightly higher, I chose to order the Raspberry Pi a few weeks ago, but this was certainly going to be my other choice.